Melissa Behr has lived a creative life that dreams are made by.  Her newest project – Clarity Lifestyle – serves to share her creative and spiritual energies with the world to help and inspire others. The Clarity Game has been developed over the last 20 years to appeal not only to the metaphysical user, but mainstream people who find this simple tool easy and fun to use.  Clarity can be used as a life coach in box or as a fun game that will help you get to know your friends on a deeper level.

As an artist, she is constantly striving toward perfecting her craft and reinventing her paintings. She is profoundly fond of combining the idea of real and unreal. Melissa paints by free association and believes a good piece evolves naturally as accident combined with aesthetic intuition bringing the unconscious to consciousness. She is fond of magical dreamlike elements, exploring and examining themes that preoccupy the subconscious mind; the passing of time, death, nature, sexuality, (in a metaphysical rather than literal sense) beauty, temptation, fear and world religions.

Melissa Behr began developing her artistic talents in Rockford, Illinois as a writer for her high school paper. In school she excelled in the arts, winning her first submission at “The Chicago Young Artist Award” for one of her sketches. This inspired her to pursue her artistic talents, going on to major in graphic design at Montana State University and then moving to California in pursuit of a career in design. After arriving in Los Angeles, she was immediately distracted by the allure of the fashion industry, leading her to New York to chase a modeling career. She spent the next ten years traveling between Paris, Milan and New York for Click, Wilhelmina and Karen Models. Desiring to expand her talents, she moved back to Los Angeles and trained for two years in Joan Baron’s Mysner technique acting classes. She landed her first role in “The Doors,” followed by numerous roles in commercials, film and TV including “Married with Children,” “Nash Bridges” and “The Marrying Man” to name few.

After being in front of the camera, she was inspired to get behind it gaining notoriety as a photographer, shooting portraits of high profile celebrities such as Yoko Ono, ZZ Top, Dwight Yoakam, Billy Idol, Allen Ginsburg, Jeff Goldblum, Giovanni Ribisi, Juliette Lewis and Timothy Leary. After seeing her work, Paul Marciano commissioned her to photograph a major ad campaign for Guess—set in Montana. While acting, Melissa got a taste of producing. She formed a company called S & M Independent Films Inc. to write, direct, produce and star in her first feature length movie, “Me and Will” (1999). The film premiered on “Sundance Channel,” “Lifetime Movie Network,” and “Showtime.” It was written up in magazines worldwide.

MESSAGE FROM THE FOUNDER

As an artist, I use intuition and instincts to create my work and guide me with my life choices.    I also see the value of relationships and how that connection with the right people have guided me through a purposeful life.  I was driven to find a way to give meaning and motivate people to change and grow through self-discovery and lasting relationships.  Clarity products are for activation of the pineal gland, the 3rd eye chakra, an important center for intuition and clairvoyance and how the body receives energy from the universe. With the opening of the third eye, there is a remarkable ability to identify the truth and the true nature of relationships are revealed.

For International – Wholesale and Commission Orders 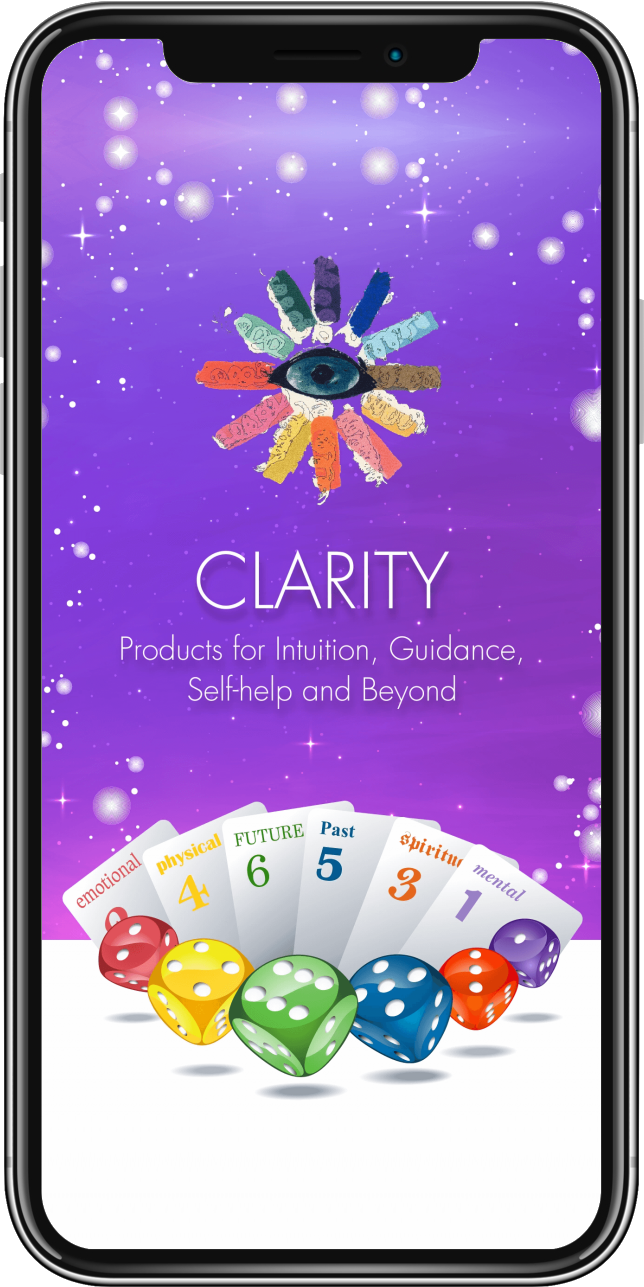 Try a limited version of the Clarity game on our app.